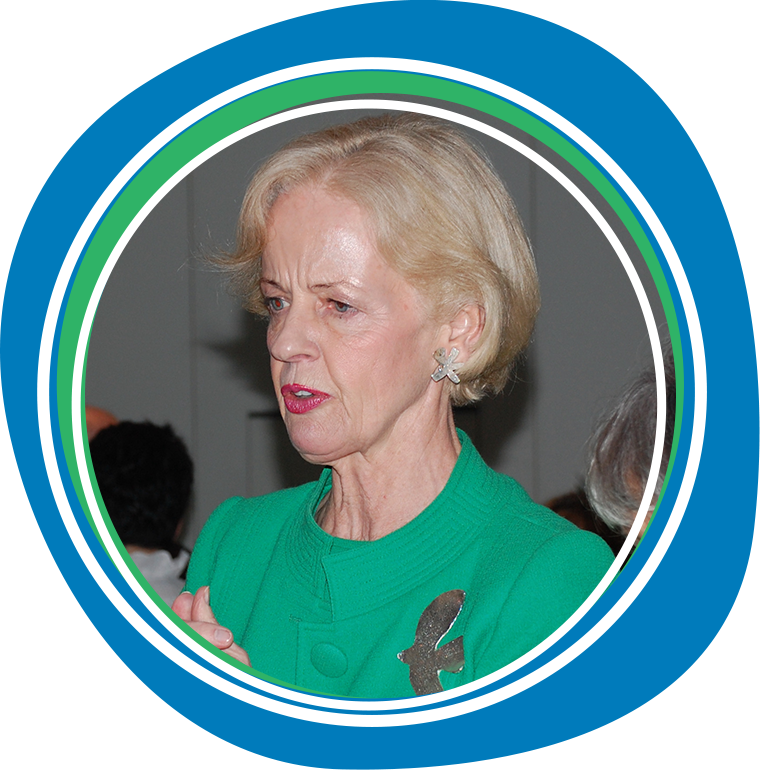 I give thanks to the traditional owners of our magnificent land,   and to the elders, past and present:  the keepers of precious song, art, story and dance, the guardians of a rich and ancient culture.
I can’t tell you how delighted I am to join you for your national Congress.  I am utterly warmed and inspired by your presence, and I want to take this opportunity to tell you how much you mean to Australia:  to our Indigenous communities, to our health workforce,  to an equable and generous future for our country.

I know well the extraordinary roads Indigenous nurses travel and the contribution you make every single day. Particularly in remote communities, but in our big urban hospitals and regional centres too. And I know the superb leadership of CATSIN, formed in the wake of the historic National Forum for Development of Strategies to Increase the Numbers of Aboriginal and Torres Strait Islander Peoples in Nursing 12 years ago.   Still gathering nurses from across Australia, sustaining their daily endeavours, providing a broad framework for their professional development and support, and creating a national voice and advocacy.

A few years ago, at Government House in Queensland, I found myself sitting next to a stylish and vivacious young Aboriginal woman at lunch.   Her name was Odette Best, and she was the Indigenous Nursing Adviser to Queensland Health. We talked about the need to close the gap in Indigenous health outcomes.  I asked her outright:  “What is the most constructive thing I can do towards closing the gap?”    Without hesitating, she answered “More Indigenous nurse

I saw immediately that she was right. That Indigenous nurses were the key to healthy families and communities, to building trust between patients and health services.    I have taken every opportunity since then to promote the idea.

Indeed I have seen it for myself in Lockart River and the Torres Strait. Indigenous nursing aids help to deliver babies, and then get the mothers to come back for vaccinations.    They are encouraged by the DONs – the Directors of Nursing – to pursue nursing and get their qualifications. For many of you I know, and for some of our best known and loved Aboriginal nurses, getting qualifications was a tall order in the early days.    There were barriers and deep-rooted prejudice to overcome.     Even when qualifications were attained, there were hostility and mistrust to encounter in hospitals.   They were indeed hard roads.  Now, enrolments are improving – steadily, but slowly.  The University of Southern Queensland reports that they have the highest ever enrolment of Indigenous students in their nursing school, and that they have the highest in Queensland.    They have 24.

Indigenous nurses are about 0.8% of all nurses in Australia, 0.6% of all registered nurses, and 0.4% of nurse managers.  These are tiny fractions, but they represent huge steps along those hard roads. Behind each one of these statistics are many stories – of courage and endurance, determination to succeed, to make a contribution. There are amazing, heart-warming stories collected in the book In Our Own Right: Black Australian Nurses Stories, edited by Sally Goold and Kerryanne Liddle in 2005. I cherish my copy and often dip into it for inspiration.

There’s the story of Sadie Canning.  When she was growing up, north east of Kalgoorlie in the 1930s, there were no hospital births for Aboriginal mothers; Aboriginals were not allowed to train as nurses.    She travelled to Richmond and Fitzroy in Victoria to do her training in nursing and midwifery.   “I was so proud,” she said. “I was now able to wear the veil – the starched piece of voile – the pride and prize of graduating as a fully fledged nurse.”
Eventually she was able to work back in WA, as the only Aboriginal nurse at Leonora Hospital.   She set out to end segregation of wards, spurred, she said, by “an incident I will never forget…My first Aboriginal mum was in labour…It was very hot even more so in that little tin shed.
It was then that I witnessed my first stillborn birth.    I considered at that time it was an unnecessary death of an Aboriginal baby.    I cried for the loss of that baby.
Today, at Leonora, Indigenous Australian people enjoy the same treatment as the rest of the community.” Sadie was Matron there for 34 years.

In July I was in Darwin and caught up with a wonderful friend of mine, Professor Maryann Bin-Sallik. With a Masters and a PhD from Harvard, Maryann is an impressive and influential scholar. Her story is in the book too. As a young nurse in Darwin, she witnessed segregation, and worse: the sterilisation of Aboriginal women, the neglect of Aboriginal babies by white doctors. Yet she recalls how much support she received from the other Aboriginal people around her.  From the gardeners and orderlies, to the older women who would bring her witchetty grubs at lunch time.
“There were times when the racism got the better of me,” she says, “and I had these people who gave all the love and support that I needed to stay the distance. This is what being Aboriginal meant to me. This is when I learnt how much love there is in our community. There was no way those people were going to let me drop out.”
Far from dropping out,  Maryann went on to be instrumental in transforming tertiary nursing,  recruiting more Indigenous students,  and including more content on understanding Aboriginal and Torres Strait Island culture.

Earlier this year, on the eve of their International comp, I caught up with the Australian Women’s Cricket Team for dinner at Admiralty House on Sydney Harbour.    Among them was Alison Bush. She’s a nurse at the Royal Prince Alfred, and also the daughter of a very old friend of mine, Connie Bush – an elder from Groote Eylandt.    Alison was decorated by the Royal College of Gynaecologists and Obstetricians – she is outstanding and much admired.

There are many others who dazzle and energise us:
Lowitja O’Donoghue.  Lowitja is a person of immense standing in our country, respected and regarded by all of us. I first met her in Canberra in 1978, and have been in touch with her ever since.  She told me about nursing in Coober Pedy in the late 60s, going out in a Toyota to do clinics in dry creek beds, shooting roos and sleeping under the stars.    Every week the Protector of Aborigines would offer her exemption – which meant being an honorary white. Every week she refused. She was recently honoured by a NAIDOC Lifetime Achievement Award.    It was my great privilege to present it to her at a ceremony in Brisbane.    There were hugs and tears. I was touched, as I always am, by her dignity and leadership, her forthright and open approach.  These days I see her often at Government House.

And, of course, Sally Goold.  Sally was the first Aboriginal student nurse at the Royal Prince Alfred. She got involved with the Aboriginal Medical Service in Redfern – along with Fred Hollows, Dulcie Flowers, and Mum Shirl. Later, at QUT, she helped more Aboriginal and Torres Strait Islander students to enrol and complete degrees in nursing.    Her message to students and beginning RNs is simple:

We as Aboriginal nurses have to work that bit harder for what we achieve, and yes, you will have to walk the extra mile…You are not going to find the road easy, but nothing worth doing is ever easy.

My friends, she is right.  I know that none of you here today find the road easy, but I thank you for walking it, patiently, openly, bravely.     I thank you, on behalf of all Australians, for who you are, what you do, what you represent.

As your conversations unfold this week, I hope you will carry with you the stories of so many whose footsteps are your guide and promise.  Who urge you to go on, to remember who you are and hold the torch for the generations of your children.

There is one more Indigenous nurse in my thoughts today:  Oodgeroo.  She was born on Stradbroke, and did her nursing training in Brisbane during the war.  She is one of Australia’s most loved and quoted poets.

I think of her poem “The Dawn is at Hand”

Go forward proudly and unafraid
To your birthright…

You will be welcomed mateship-wise
In industry and enterprise;
No profession will bar the door,
Fringe-dwellers no more.


Dark and white upon common ground
In club and office and social round,
Yours the feel of a friendly land,
The grip of the hand.

Sharing the same equality
In college and university,
All ambitions of hand or brain
Yours to attain.

My friends, it is my very great pleasure to open your 2009 Congress of Aboriginal and Torres Strait Islander Nurses. Go forward proudly and unafraid.

Aboriginal and Torres Strait Islander peoples should be aware that this website may contain images, videos, voices and names of people who have since passed away.